On March 2005 hip-hop’s most feared and loved troublemaker James ‘Henchman’ Rosemond (a man named responsible for Tupac’s 1994 Quad Studios attempted murder and the manager of The Game and the catalyst for his break-up with G-Unit) released a documentary called ‘The Infamous Times: The Original 50 Cent’ attempting to drop it in stores to coincide with 50’s new album ‘The Massacre’ which is set to begin a trend of street-released DVDs detailing the truth behind hip-hop’s most celebrated superstars. Henchman is a man who either works for you or against you, Henchman was directly working against the empire of 50 Cent and G-Unit.

The truth is Curtis ‘50 Cent’ Jackson has taken the moniker of 50 Cent from a notorious Brooklyn stick-up hood of the 1980’s who carried two Dirty Harry handguns almost as big as his feared reputation. Kelvin Martin was the original 50 Cents (with the plural ‘s’ dropped by Jackson) who stood at a meagre 5’3” and controlled the streets with a ruthless confidence of invincibility. He aligned himself with the notorious Supreme Team who now has a contract on the recording artist 50 Cent. He also associated with rap stars of the ‘80s Eric B & Rakim. Martin robbed and murdered anyone who he could profit from, former friends, high-ranking drug lords and rappers including Whodini. His exploits were phenomenal and had the makings of a Hollywood blockbuster, but his escapades caught up with him eventually and he was consequently murdered at the behest of his victims. The surviving members of Martin’s family do not endorse Curtis Jackson or his 50 Cent trademark.

Rapper 50 Cent was interviewed through the making of the documentary about his namesake and he states he is paying homage to the street legend by carrying on his name commercially. However no proceeds of his booming multimillion dollar 50 Cent empire have been donated to Martin’s family. Henchman wanted to film 50 Cent purchasing a tombstone at $7,500 for Kelvin Martin’s grave telling Jackson it would give him great respect in the street. However Jackson never parted with the money and as Henchman states (Vibe December 2005) he had to chase him up for it and ended up purchasing the tombstone himself. Jackson’s attorney Mike Cooley said Jackson had agreed to appear in the DVD on the conditions that any proceeds he might earn would be contributed to the Martin family or to his own charitable organization G-Unity Foundation. Cooley puts it that Henchman refused this offer leaving Jackson to ultimately decline the use of his interview in the documentary. Jackson and his attorney filed a lawsuit against those involved in the distribution of the DVD for the unlawful use of the 50 Cent trademark. After July 9th 2005 the motion against any further distribution of the DVD was denied by a judge. As henchman was a manager of The Game this further distanced any relations between the two fallen-out Aftermath artists. However ‘The Infamous Times: The Original 50 Cent’ has continued sales and commercially sold over 150,000 copies with most fans downloading free copies over the internet. 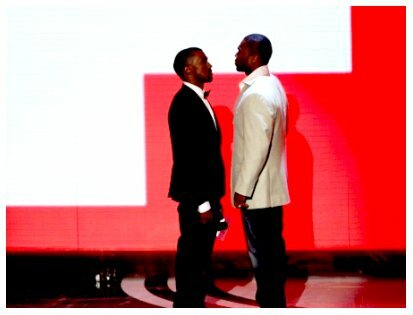 "CURTIS" album was originally named "Curtis S.S.K." for SoundScan Killer, but shortened to the present title. The title Curtis, obviously named after his own birth name. Also in retaliation to Cam'ron's "Curtis" diss-track aimed at 50 in a continuous recording-war between both artists. It was marked for release by June 26th, but later pushed back to September 11th. It will drop on Shady/Aftermath/Interscope Records.

50 told XXL Mag the reason for his label holding onto the album till September,
“Yes it’s true my album has been pushed back because it wasn’t delivered to the plant in order to be distributed and delivered world wide so it has to be pushed back.”

In July 2007 famous recording rival, Kanye West was due to release his third album, "Graduation", from September 18th, 2007, to that of 50 Cent's "Curtis" date to yet again put his album in direct competition with his. The bets are on as the drop-date edges closer for both mega-stars of industry. (More on the sales battle here.)