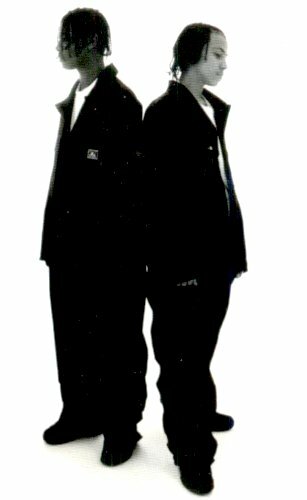 Thirteen-year-old rappers Chris "Daddy Mack" Smith and Chris "Mack Daddy" Kelly became the pop sensations of 1992 as Kris Kross. The two were discovered at an Atlanta mall in 1991 by then-19-year-old producer Jermaine Dupri, who took them under his wing and came up with the gimmick of having the duo wear all of their clothing backwards, lending more significance to their name. Thanks in part to savvy marketing, "Jump," which sampled the Jackson 5's "I Want You Back," became the fastest-selling single in 15 years, staying at number one for eight weeks on the Billboard charts and pushing the sales of their debut album, Totally Krossed Out, past four million. Another gold single followed in "Warm It Up," and Kris Kross toured Europe with Michael Jackson and appeared on innumerable teen-oriented TV shows.

Their Dupri-produced début album, Totally Krossed Out, was released in 1992; selling four million copies in the US. It included the hit single "Jump," which topped the Billboard Hot 100 Singles Chart for eight weeks. In the interim, the duo landed a spot on Michael Jackson's European tour that year, as well as a cameo appearance on Jackson's "Jam" music video. In addition to this, they also made appearances in the music videos for Run DMC's "Down With the King" and Dj Nab's "Live megamix." They were also featured in episodes A Different World and In Living Color.

In 1992, a video game directed by Dennis Dyack was released starring the pair titled Kris Kross: Make My Video. It was released on the Sega CD system, and consisted of the player editing together the group's music videos to a few of their hit songs—using portions of the original music videos, stock footage, and general video animation effects. Players were prompted before each edit session to make sure to have certain footage compiled into the video. The game was released only in the United States to poor sales figures and dismal reviews. It was ranked 18th on Electronic Gaming Monthly's list of the "20 Worst Games of All Time".

Kris Kross made a cameo appearance in Ted Demme's 1993 film Who's the Man?, which starred Ed Lover and Doctor Dré of Yo! MTV Raps fame. The movie earned modest box office success, but remains a cult favourite amongst rap enthusiasts for cameos of dozens of rap/hip-hop stars.

Da Bomb was the second album from hip-hop duo Kris Kross, whose members hit puberty a year after its début album Totally Krossed Out. They tried a hardcore/gangsta look to fit with the new style of hip-hop. The album was not as successful as Totally Krossed Out, as many fans were not impressed with the new look and style and the use of the word "nigga," and reviews were mixed. The line "I drop bombs like Hiroshima" from "Da Bomb" was edited out of the album's Japanese release. Despite some negative reviews the album was certified platinum in the US, selling 1.1 million copies, and a total of 4 million copies worldwide. Three singles were released, Alright, I'm Real and Da Bomb.

Young, Rich & Dangerous is the third, and thus far, final album by hip hop duo Kris Kross. The album was released in 1996 for So So Def Recordings and was produced by Jermaine Dupri. The album spawned two hit singles "Tonite's tha Nite" and "Live and Die for Hip-Hop". "Live and Die for Hip-Hop" featured Da Brat, Aaliyah, Jermaine Dupri and Mr. Black, while the remix of "Tonite's tha Nite" featured Redman. Despite some positive reviews, Young, Rich & Dangerous was the least successful album for Kris Kross. 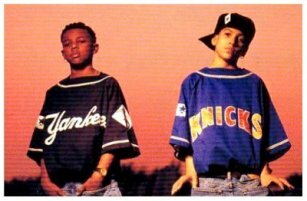