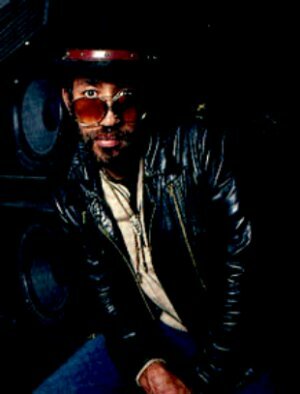 "Kool Herc is not a a stepping stone... He's a horse that can't be rode and a bull that can't be stopped, and ain't a disco I can't rock!"

Before there was hip-hop, there was Herc. As far as deejaying is concerned Herc invented the wheel. The most influential founder of a cultural movement transcended into a hip-hop phenomenon. The sole heartbeat of contemporaneous youth within the jungle of West Bronx, mechanically Kool Herc was the very first to develop the definitive break-beat Deejaying, utilizing the percussion section of a funk song, isolating it and repeating it to develop a new dance beat. He would play Reggae/Funk and soul records for parties, although he was more interested in playing the samples of the instrumental section of a record. When the vocals would stop he wanted to capture the beat by playing two copies of the one record on each turntable and repeat that section(which was later a tool called looping made easier on electronic sampling). This was later refined by Grandmaster Flash. With this Herc single-handedly put his finger on the energy of a new brand of music. His name became synonymous with the pulse of the nightlife and every other name in the early movement learnt from Kool Herc.

Young Clive grew up in Kingston, Jamaica witnessing local sound systems operating in his town called Somerset Lane held by the local hero, King George. Here he peeked from the sidelines as a child as famous faces, gangsters, rudeboys and socialites gathered to experience the house party. It was obvious this was the place to be by those who were anybody and Herc wanted to draw this pulse with his own jams. Setting up these events in the daylight Herc would see guys carrying in crates of records and setting up speaker sound systems. These impressionable times served Clive with the experience to qualify him as the man he stands as today. His father, Keith Campbell was heavily involved in the lifestyle, a record collector of not only reggae but American jazz, gospel and country. Clive would grow up well-versed in sounds eclectically ranged from Nina Simone, Louis Armstrong to country’s Jim Reeves. Here Clive would sing aloud and emulate them to the fullest teaching him the American accent over his rasta twang. By the age of twelve, the Campbells’ in West Bronx his mother Nettie would take Clive to house parties similar to that of the sound systems he grew up with. He was introduced to new American sound of Aretha Franklin, Smokey Robinson and most definitive, James Brown. Here he saw the atmosphere further developed with guys dancing, rapping into girls’ ears in sweet whispers as the DJ would constantly interrupt the groove by upsetting the tempo with mismanaged record changing, Clive picked up on this and questioned their selections. He began to collect 45s and built up the ambition to someday do it better.

Clive Campbell was the oldest of six children by Keith and Nettie Campbell, Nettie from the north coast of Port Maria and Keith a city man with status as the Kingston wharf garage foreman. He was a somewhat community leader with political influence. When Clive was eleven, the civil war broke out between two parties, JLP and PNP scrapping for the top position unleashing the West Kingston war which turned friends and neighbourhoods against each other. Keith moved the family from Trenchtown (a city made famous later by the legendary Bob Marley) to a quieter urban area in a house at Franklyn Town near the beach. Sundays became a traditional day of church and beach for the Campbells. Nettie moved to Manhattan, New York to work as a dental technician to supplement income for her family and study for a nursing degree. Eventually Keith and the children made the move over to New York to reside along with hordes of other Jamaicans escaping the shaky grounds of their hometowns. First to join Nettie was the eldest, Clive. On a cold night in November 1967 Clive travelled from Kennedy airport to her apartment on 611 East 178th Avenue between Little Italy and Crotona Park. A change from the tropical climate and beach of Franklyn to the concrete tenement buildings grounded in snow. Clive’s transition wasn’t easy, he wore the wrong clothes, ill snow-caps and cowboy boots with a harsh rasta-twanged accent he was teased in school and found it hard to fit in. Street gangs were targeting dull Jamaican immigrants before Jamaica was made cool by Bob Marley. He found his way in by hanging with the Tremont gang, Cofon-Cats and the young Five-Percenters. Come junior high at 118, Clive undertook an athletic interest in cross-country and track winning medals for his efforts. By this stage he matured physically over most Americans and gained their respect only to realise the gangs he used to follow were not his future. He befriended a Jamaican-American, Jerome Wallace who had previously made the transition from old country to new. Clive pursued his musical interest by attending ‘First Fridays’ local youth dances at the Catholic school and the Murphy projects, listening religiously to Cousin Brucie and Wolfman Jack disc jockeys. At house parties with his mother, Clive picked up on the vibe of James Brown and saw the impact his records had on crowds. Here began the love affair James Brown records had with the early hip-hop movement.

At Alfred E. Smith High School in 1970 Clive had almost completely swallowed his Jamaican accent to the point where most peers never recognised an immigrant tone. He was in a period of re-inventing himself through his passion for music and the scene it breathed. Like most youths across the metropolis, Clive’s reinvention came by way of scrawled identity on walls. Graffiti was later defined as the first burgeoning sign of a new movement, the first of the four elements to hip-hop as a culture. Across the city TAKI 183 sprayed his presence unintentionally recruiting youth to do the same with their own monikers. Clive, Jerome and the Bronx took up aerosol cans and graffiti ran the streets early. Clive marked himself as CLYDE AS KOOL. People had a hard time picking up his name Clive, the closest they came was Clyde like the New York Knicks’ basketball star ‘Clyde’ Frazier so it stuck. KOOL derived from a television commercial about cigarettes with a James Bond type cat, his threads, mannerism and casual attitude to his female acquaintance seemed Kool to him. He added to his moniker a smiley face with a cigarette hanging from the mouth and an Apple Jack’s hat. Clive’s penmanship brought him the super-crew, EX-VANDALS whom he started to hang with. They were a revolutionary graffiti crew hailing from Brooklyn starring some of the culture’s most prolific artists. This passion would not come naturally to Clive who distributed his time evenly with his extra curricular activities at school running track, lifting weights and playing rough street ball basketball. Clive was a gifted athlete and had grown an almost mythical shadow behind him, a mammoth physique inside a 6 foot 5 frame, and with his steam-rolling drives to the basket peers and onlookers dubbed him ‘Hercules’. He took a disliking to the name Hercules favouring a shortened nick of HERC. Balancing the street and school, he adopted KOOL, dropped CLYDE and became known across New York as Kool Herc!