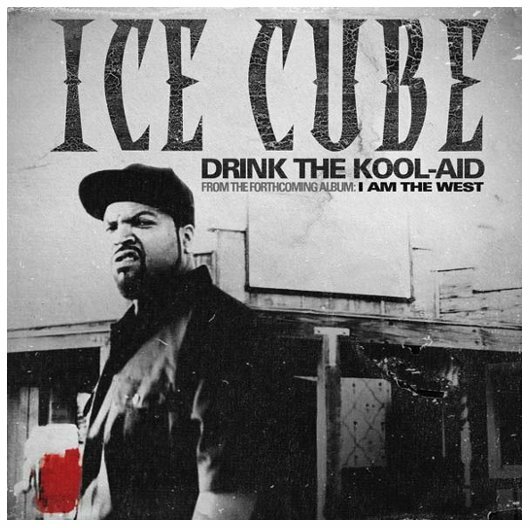 'Drink The Kool-Aid' - Ice Cube's latest record from the September 28th slated LP, I Am The West.

The Ice Cube LP's first single, 'I Am The West.'

Dr. Dre and hip hop's classic west coast timepiece The Chronic from 1992 is set for re-release through WIDEawake Entertainment Group, the owner of Death Row Records.

Titled The Chronic Re-Lit, this edition will include seven unreleased tracks plus DVD of live never before seen interview of Dr. Dre and other Death Row related artists. Official release date for the Chronic Re-Lit is set for September 1st, 2010.

The entire 60 minutes of Dre's unseen interview footage below + download links and bonus tracks below.

West coast legend Ice Cube meets with Angie Martinez, Stephen A. Smith and Harry Allen in a Harlem, NY restaurant to interview him on his career, in music, film and family - the first career as Cube puts it. One of the memorable questions led to Cube speaking on being in the ninth grade and writing his first rhyme. Great interview, a must watch for all fans of real West coast rap.

NEWS: DMX To Be Freed Today

From AllHipHop News: Rapper DMX could be a free man later today, after serving six months in an Arizona jail for violating the terms of his previous probation.

In March, DMX was sentenced to six months in jail, after the rapper tested positive for having cocaine in his system, a violation of his previous probation.

According to a tweet from longtime producer Dame Grease, DMX is slated for an early release today, almost two months earlier than anticipated.

Multiple sources told AllHipHop.com that DMX would be hitting the road for spot dates shortly after he is released.

DMX may also join the cast of Dr. Drew’s Celebrity Rehab as well, as producers are still scrambling to find troubled stars to participate in the show.

Quincy Jones’ “Summer In The City” has been chopped and smoked by Cookin' Soul. Laying Jay-Z and Lil Wayne’s vocals from “Hello Brooklyn” over visuals from Greg Solenström.