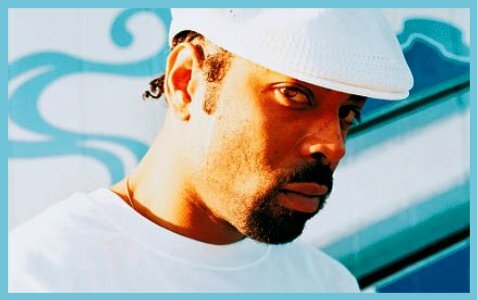 The D.O.C. plays a monumental part to the west coast rap movement. A rapper from Ruthless Records, D.O.C. did most of his work behind the wheels of the greatest west coast rap vehicle driving gangsta rap into the 21st century. An integral member of the N.W.A. crew and close friend of Dr. Dre, he became the catalyst for the continued creativity of gangsta rap and G-Funk explosion.

Born in Texas, Tracy moved to Compton, California known amongst other things for it's bingo halls, to later split from existing mid-west group, The Fila Fresh Crew to join the talented force of Compton’s home grown Ruthless Records. With Eazy-E signing up World Class Wreckin’ Crew’s Dr. Dre, DJ Yella and C.I.A.’s Ice Cube for the super group, N.W.A. D.O.C. was busy working on his own project for the label. His first break came when Ice Cube briefly departed from the group just before the launch of their début, ‘N.W.A. & The Posse’ in 1986. D.O.C. became the ghost writer for the group with Dre and Yella producing tracks. Soon after, with Cube returned, Eazy had released N.W.A.’s début ‘Straight Outta Compton’. Eazy immediately after released D.O.C.’s first album, ‘No-One Can Do It Better’ produced by Dr. Dre with hit track, ‘Funky Enough’ débuting fifth on the billboard’s Top Rap Single that year. His lyrical content went against the grain of the trend of Californian gangsta rap albums emerging, with a distinct east coast style behind Dr. Dre’s revolutionary production shadow with hints of rock and reggae influences streaming throughout the LP. No-One Can Do It Better is considered a collector’s classic today.

By late 1989 at the peak of Ruthless’ dominance on the west coast The D.O.C. suffered immeasurable injuries from a car accident and was consequently hospitalised with his vocal cords severed as a result. This would prove to be an insuperable hindrance for his continued career as a rapper. It was while in hospital where D.O.C. first met a talent scout working for Tom Kline(then sports agent) fascinated with getting into the music industry. The talent scout was a hulking figure from the same streets of Compton as his Ruthless label mates named Marion ‘Suge’ Knight. He showed a dedicated concern for the emerging west coast rap star, driving his mother up to see him occasionally and using the visits to win over his business as manager, citing that Eazy-E and co-owner of Ruthless, Jerry Heller were duping him out of due royalty payments for ghost writing on N.W.A. tracks. Suge displayed what would famously be his business acumen of pouncing on the vulnerability of discontented artists like a hunter to limping prey. 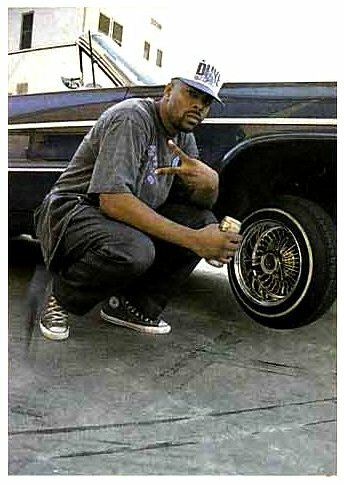 Suge soon started to orchestrate autograph signing appearances. He effectively acted as protection for D.O.C. As very few rappers were as tough as they portrayed, D.O.C.’s album hit the charts and gave him a local celebrity, making him prime target for gang-bangers who sort credibility by beating up or jacking a rapper. D.O.C. recalled in an interview of a time he stepped outside a club with Suge at his side when he was confronted by a gang-member with intent to harm the rapper, “Some nigga run up on me like he was fixin’ to hit me in the jaw. Suge just tore his ass up, I mean he broke him down to his component parts.”

It was apparent Suge was using D.O.C. as a vehicle to get closer to his companions from N.W.A. and the Ruthless Records artists, most importantly shining star Dr. Dre. Foreseeing the conclusion of N.W.A. Suge wanted to be first in line to pick up the wandering talent for what he had later planned, a super west coast record label. At the period of 1991-2 as Dre and D.O.C. fought with Ruthless Records over financial compensation, he was fighting a hard battle out of contract. It was D.O.C. who introduced Dre to Suge for his help. Again exploiting Dre at his most vulnerable he went in to the offices of Ruthless Records with the purpose of releasing Dre, D.O.C. and several others from their contractual ties to Eazy’s company. After a strenuous season of continual abuse and terrorizing of Ruthless staff, Suge finally intimidated Eazy-E with two menacing Compton Piru Blood gang members wielding lead piping standing behind E as Suge threatened his mother’s life and told him they had Jerry Heller bound and gagged in a van outside the building. The Compton street tactics worked. A host of artists were released alongside D.O.C. and Dre from Ruthless Records. Suitably impressed with the immense power of this protection, Dre followed D.O.C. and Suge into the new period of gangsta rap.