Rest In Peace to Keith Elam or better known worldwide as Guru from Gang Starr. Gifted Unlimited Rhymes Universal passed away yesterday due to a long battle with cancer.

Previous reports of him suffering a heart attack and subsequent coma have been met with worse and imminent news of his death. Guru will always be remembered personally for the man who fused elements of classic East coast hiphop with jazz. Year of contribution to the art of hiphop alongside legendary producer, DJ Premier in Gang Starr have built the man's career. Him and his art will be sorely missed, he will live in forever through the legacy of work left behind.

“Without Apache there would have been no Queen Latifah, no Naughty By Nature, no Chill Rob G., no anything” Compere told AllHipHop.com. “Apache was the string that tied all of Flavor Unit together. Without Apache none of this would be.”

“That’s my G, R.I.P in peace big homie, you will be missed, shout out to his family naughty by nature, I just did a show with them, god bless,” DJ Kid Capri said via Twitter.

An immortal icon lies to rest today. He leaves us after suffering cardiac arrest today in in his Los Angeles residence. [1958-2009]

Michael Jackson, the sensationally gifted “King of Pop” who emerged from childhood superstardom to become the entertainment world’s most influential performer died Thursday, [14:26hrs June 25th, 2009] He was 50.

The circumstances of his death were not immediately clear. Jackson was not breathing when Los Angeles Fire Department paramedics responded to a call at his Los Angeles home about 12:30 p.m., Capt. Steve Ruda told the Los Angeles Times. The paramedics performed CPR and took him to UCLA Medical Center, Ruda told the newspaper.


The greatest artistic influence in my life, his soul will always shine in his music. - Rip [Ed.]

MC Breed has reportedly died today, November 22nd. The cause of his death has not yet been confirmed however Breed's bout with a bad kidney prompted rumors of his death this past September after suffering kidney failure during a game of basketball in Atlanta. The Flint, Michigan MC born Eric Breed was the first mid-west rapper to have mainstream success with hits such as "Ain't No Future in Yo Frontin" & "Gotta Get Mine" ft Tupac. A friend of the 15 year Hip Hop veteran told Allhiphop.com, “He’s no longer with us. We are in the process of putting together a benefit concert, hopefully at Saint Andrews to raise money for a funeral.”

On the anniversary of Wu-Tang co-founder Ol’ Dirty Bastard’s death, his mother Cherry Jones is speaking out about the infighting and controversy that continues to surround her son, even in death.

In an exclusive statement to AllHipHop.com, Mrs. Jones sought to dispel the numerous reports that have appeared about the care of ODB’s children since his untimely death in 2004.

According to the grieving mother and concerned grandmother, the majority of the fallen rapper’s children have been disregarded as a result to poor money management at the hand of her daughter-in-law Icelene, who was married to Dirty at the time of his death.

Her actions, Jones says, have left the impression that Ol’ Dirty Bastard, born Russell T. Jones, did not make the proper provisions for his many children.

“My son loved every single one of his children and every single one of their mothers and provided for them all the best he could when he was alive,” Mrs. Jones told AllHipHop.com. “My son was an extremely generous soul. I am upset by the way the other children Rusty had fathered and cherished are not being taken care of properly. I am also outraged that it appears Icelene has been diverting money away from the other children and taking out personal loans against estate assets. ”

Mrs. Jones further alleged that Icelene, with whom she has not had the most cordial relationship, has taken numerous legal actions to block the release of Ol’ Dirty Bastard’s final album.

The recording, which Dirty was working on at the time of his fatal collapse in a Manhattan studio, was to be his first release via Roc-a-Fella records, and will now be released via Koch records.

Proceeds from the album would go to the rapper’s estate, which would then distribute the funds to his children.

Mrs. Jones also revealed that Digging for Dirt, the new biography penned by writer Jaime Lowe, was not authorized by the family.

She claimed that the family had specifically asked Lowe to omit information gathered during an interview with ODB, shortly before his death.

“After my son passed, this author, who knew my son for only a few hours, decided to write a book and asked [us] to take part in it,” recounted Mrs. Jones. “We declined and asked that she not write about any of the interview that was not published in the [Village] Voice. I am asking all of Dirty's fans to boycott this book as none of the proceeds are going to the children and this author’s motives and intention seems to be in the vein of disgracing my son’s legacy.”

Ol’ Dirty Bastard was pronounced dead around 6:30 pm on November 13, 2004, approximately one hour after collapsing at the old Wu-Tang Clan studio on West 34th Street in New York City.

He had been complaining of chest pains.

An autopsy report released a month later revealed that he had suffered an accidental overdose due to a lethal mixture of cocaine and the prescription painkiller Tramadol.

He would have celebrated his 40th birthday today (November 13.) 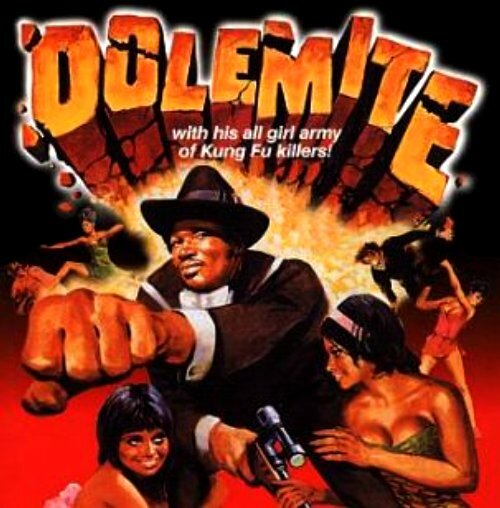 Classic Blaxploitation comedian/actor, Rudy Ray Moore has passed away at 71, due to complications with diabetes in Toledo, Ohio.

"Dolemite is my name and fucking up muthafuckers is my game."

Isaac Hayes aka "Black Moses" died today after his wife Adjowa found him unconscious on the floor near a still running treadmill inside their home outside of Memphis Tennessee. He was taken to Baptist Memorial Hospital and pronounced dead at 2:08pm, at the age of 65. The cause of death was not immediately known and foul play has not been suspected.

The tragic irony of his death comes only a day after comedian Bernie Mac succumbed to complications with pneumonia and was set to star in a comedic film titled "Soul Man" featuring Hayes & Sam Jackson scheduled for a Nov 12 release later this year.

Hayes born Isaac Lee Hayes, Jr. shot to stardom with his Academy Award Winning "Theme From Shaft" and was not only a soul & funk singer-songwriter, musician, record producer, arranger, film score composer, actor and known to a younger generation as the voice for the character "Chef" on the Comedy Central animated TV series South Park, but was also one of my favorite artists of all times simply off his funk laden rendition of Burt Bacharach's "Look Of Love" made popular to the Hip Hop generation as the sampled gem used on Jay-Z's "Can I Live" for his debut Reasonable Doubt. Hayes leaves behind wife Adjowa Hayes, 12 children, 14 grandchildren & three great-grandchildren.

To Truck Turner, your soul runs immortally through your music, however we will always miss your presence. R.I.P. - RipNicholson & Balance

Isaac Hayes: Live at Watts Fest 1973, performing "Shaft" which earned him an Oscar

Bernie Mac, an actor and comedian who starred in the "Ocean's Eleven" film franchise and "The Bernie Mac Show," a rare network comedy to feature an African American in a leading role, died Saturday. He was 50.

Mac died from complications related to pneumonia in a Chicago-area hospital, announced his publicist, Danica Smith.

The comedian suffered from sarcoidosis, a chronic autoimmune disorder that causes inflammation in tissue, most often the lungs. The pneumonia was unrelated to the disease, Smith said.

George Clooney, Mac's co-star in the three "Ocean's" movies, said in a statement, "The world just got a little less funny. He will be dearly missed."

Comedian Martin Lawrence, who worked with Mac on the 1999 comedy film "Life," told The Times, "Words can't express the absolute devastation I am feeling over the loss of Bernie, a comic genius, a great man and someone I am honored to have called my friend."

- Taken from the LA Times Obituaries. for more [CLICK HERE]