Dr. Dre and hip hop's classic west coast timepiece The Chronic from 1992 is set for re-release through WIDEawake Entertainment Group, the owner of Death Row Records.

Titled The Chronic Re-Lit, this edition will include seven unreleased tracks plus DVD of live never before seen interview of Dr. Dre and other Death Row related artists. Official release date for the Chronic Re-Lit is set for September 1st, 2010.

The entire 60 minutes of Dre's unseen interview footage below + download links and bonus tracks below.

Slang Editorial: The Wrap Up On Suge Knight 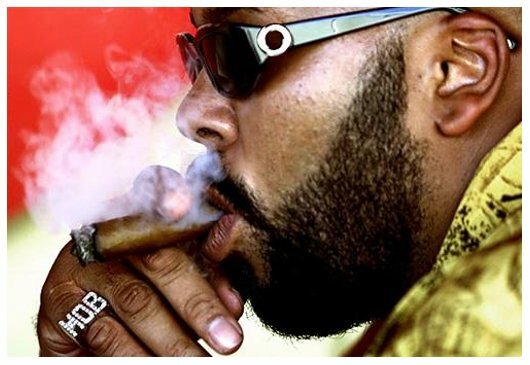 Suge Knight was quickly released from police custody yesterday after posting $65,000 bail for allegedly pulling a gun on a man in South Los Angeles.

Former Death Row CEO, Suge Knight was arrested just after midnight on Thursday morning (May 20)in Gardenia and held by authorities for driving with a suspended license. His lawyer denies claims of any altercation with a deadly weapon.

In light of recent news of the former mogul of West coast hiphop being locked up, XXL editor Meka sums up a modern-Suge Knight, the man after the Untouchable tag removed and industry pass revoked, twice Debo'ed and resorting back to smacking on naked bitches. This couldn't have been done better, it's a wrap!

Even though Marion “Suge” Knight is years removed from his Freddy Krueger-like urban legend tales of funding Death Row Records by (allegedly) dangling Vanilla Ice by his ankles off a hotel room balcony, (allegedly) setting up multiple beatings of anybody who dared breathe in his direction the wrong way and (allegedly) running with the Bloods, it’s still going to be hard-pressed for anybody of the Internets community to actually try to step to him today since most of this site’s visitors prefer Street Fighter to street fighting. However, eventually Suge had to get some sort of comeuppance, and it’s seemed that karmically he’s been catching wreck in spades. Some would even say he’s long overdue for it as well.

I don’t think anybody envisioned this kind of getback, however. Having your underwear of all things sold at a public auction is embarrassing enough, but getting robbed and shot at a Kanye West (I know, right?) after party, having the label your created, Death Row Records, taken out from under him, then punched out in the middle of the street… twice – once by a barber, the other by Akon’s weed carrier – is just something else. That’s not to mention the many lawsuits and bankruptcy filings he’s had to face.

Thing is, in spite of his current losing streak, Suge is still doing the things that got him caught up in the first place. I don’t ever support throwing hands at a woman unless it’s in the name of self-defense, yet he caught a charge for beating his girlfriend, and blamed of robbing both Luniz member Yukmouth for his jewels and – perhaps in retaliation for getting his face crushed in – another weed carrier of Akon. You would think that he’d learn from the past and, at the very least, “soften” up his style in a similar, quasi-homosexual manner Master P did when he turned No Limit into a child-friendly, curse-free endeavor, especially as a 45-year-old man who hasn’t been musically relevant in over a decade.

Of course, I’d only recommend this to him from a safe distance. While things haven’t been exactly chipper for him, Lord knows I’m still not trying to be on the receiving end of a Suge Knight special. Look at what happened to Yukmouth. And his girlfriend. And Orlando Anderson. And that guy he had jumped half to death at Long Beach’s Lakewood Mall back in the 90s. I mean I could sue him afterwards, but what good would that do when the guy had his draws repossessed? That turnip was squeezed dry a long time ago.

Suge should at least take pride in the fact he helped usher in a new era of music and business management. However, if I could give him a word of advice I’d recommend he should have ridden off into the sunset years ago as the feared mogul you once were, as trying to cement your legacy as a 45-year-old stick up kid just really isn’t working at this point. It didn’t for OJ Simpson. But then again, I like retaining the ability to reproduce children and walk without mechanical assistance, so you can take my advice with a grain of salt.

Game over for Suge Knight

Having seen the company's image plagued by rumors of bad business deals [click to read] and allegations of violence, Death Row Records' new owner has a few simple plans for her new investment.

"Our goal is to make sure that fans’ first taste of the new Death Row is stuff that’s fresh," WIDEawake CEO Lara Lavi tells the Wall Street Journal. "There’s so much video and artwork and music that’s never been seen by fans...We’re going to put a Death Row online destination store site together."

Lavi's company purchased the remaining Death Row catalogue at an auction on January 15 for $18 million [click to read]. As she goes about the task of remaking the company's image, her statements about its former owner sound decidedly different from Death Row's previous suitors.

"Suge doesn’t own this thing anymore" adds Lavi." As long as we keep pulling it back to that, it makes it very hard to go forward, and it’s painful for the artists. I really want these artists to feel good. Mr. Knight is a business man. And I think he comes from a community with these artists, and they know each other and they’re going to continue to know each other. It’s not about what he influences but how we go forward as a team to create a new day for Death Row."

The two-week-old purchase makes Lavi the owner of a cadre of unreleased recordings from the likes of Tupac Shakur, Snoop Dogg and Tha Dogg Pound. She likely also inherits material from artists such as Lisa "Left Eye" Lopez, Crooked I and Petey Pablo, who were signed when Knight rechristened the label as Tha Row. Lavi asserts that she's aware of how much of a drastic change her image is from her predecessor's.

"There is an irony to a singer/songwriter/entertainment lawyer/soccer mom now being the chief of this thing," says Lavi, who also co-founded Very Juicy Records with her husband, producer Maurice Jones Jr. "I’ve been married for many, many years to an African-American man. I’ve had the blessing of being exposed to music that perhaps my upbringing would not have suggested would be possible."

Former Death Row artists Daz, Snoop Dogg and Dr. Dre have attempted to either sue Death Row, or outright buy back their catalogues in the past. Lavi expressed hopes of re-establishing a relationship with them and former artists.

"[We need] to have a healing process with the Death Row artists, and that is probably one of my first priorities...to systematically talk to the artists that have quality catalogs in the Death Row asset purchase and get things on a better level," Lavi says. "They deserve better than this. Their product has been sitting in a bankruptcy proceeding for the past three years. Much of it hasn’t seen the light of day."

Biggie Smalls spits alongside Tupac, Snoop Dogg, Tha DPG, Warren G and even The DOC from the Death Row camp together on one stage, performing. Peep the waay-waay back BK swagger on Biggie.

Infamous music mogul Marion "Suge" Knight has officially lost ownership of Death Row Records, as he lost his appeal against a ruling forcing him to sell off all assets from the defunct label.

Knight, who first filed for bankruptcy in 2006 following the company's downfall, was ordered by a California judge in May to liquidate the label at an auction this month. He was in court Tuesday arguing against the order, but his motion was denied and the sale pressed on. The auction included the rights to the label’s back catalogue, which contains such classics as Dr. Dre's The Chronic, and various tracks from Snoop Dogg and the late Hip-Hop legend Tupac Shakur.

The highest bid in the auction came from Global Music Group owner Susan Berg, who bid $24 million for the lot, according to TMZ.

Death Row Records Up For Auction

Court documents obtained by TMZ.com show that infamous former Death Row Records owner Suge Knight is finally being forced to auction the label off to the highest bidder.

With a minimum starting bid of $24 million, the auction winner will walk away with works by the likes of Tupac Shakur, Snoop Dogg, Dr. Dre and the Dogg Pound. Bids must be received by June 10.

Knight's control over the label slipped in a 2006 court ruling that awarded $107 million to a couple that claimed to have fronted the start-up money for Death Row.

The sale of Death Row records might have taken place already, but has been stalled by lawsuits from Dr. Dre and Afeni Shakur, who questioned rights to Dre's solo début, The Chronic, and several of Tupac's recordings.